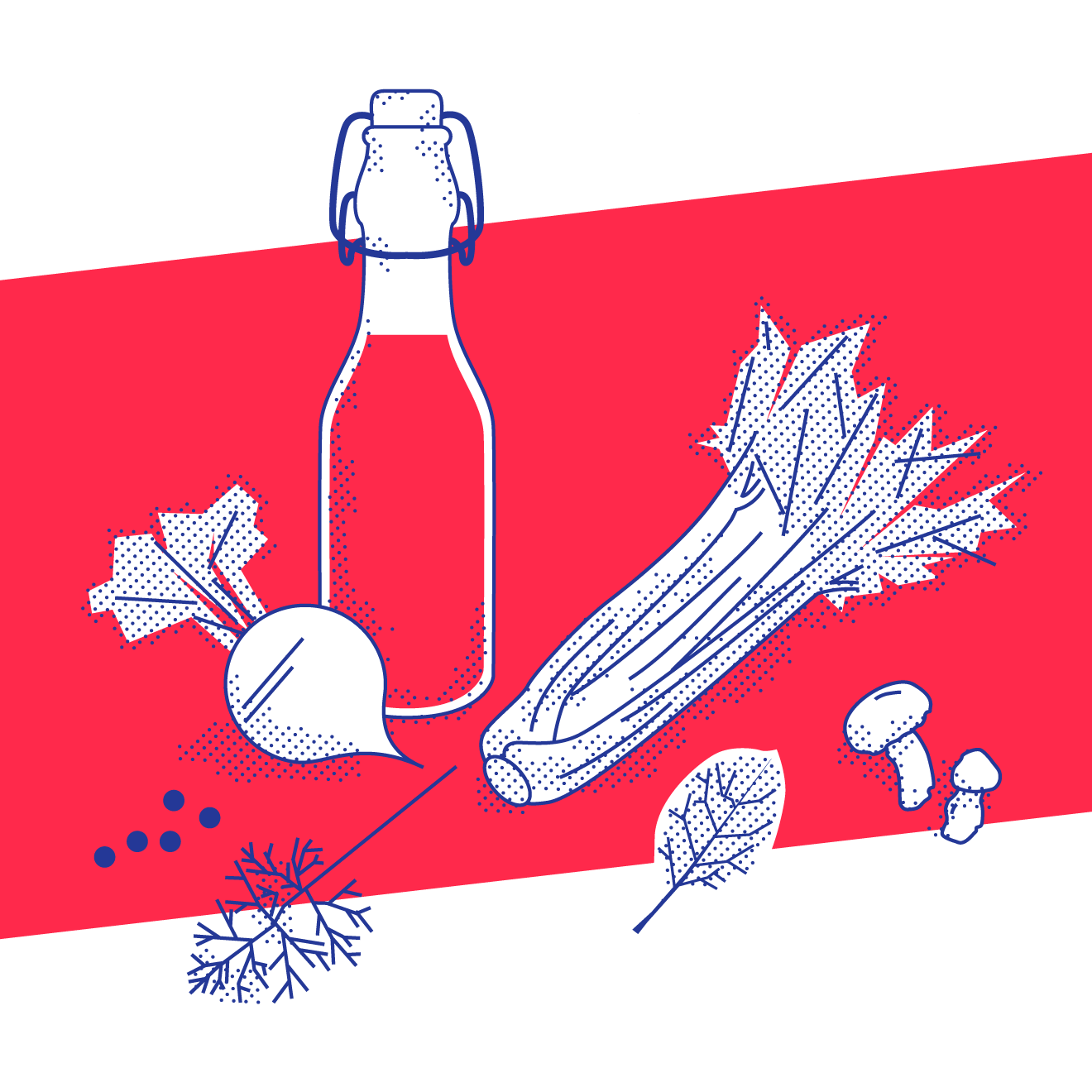 Christmas is a big deal in Poland. Wigilia, or Christmas Eve, is an even bigger deal – at least in terms of food – because Christmas Eve supper is one of the most important celebrations of the year. It begins when the first star appears in the night sky and consists entirely of Lenten fare, meaning no meat. And though all you carnivores may scoff at the idea of a meatless feast, believe us when we say that the food is rich, hearty, and full of delicious flavors.

Items normally included in a traditional Wigilia menu includes a soup, boiled potatoes, rollmops, pierogi, dried fruit compote, fried fish, and some sort of pastry – like the makowiec. But, hands down, the most commonly served soup is the Christmas borscht (or Barszcz Wigilijny) – a hearty beet-based soup with mushroom dumplings (called uszka, or “small ears”). So if you like beets and are feeling a little festive, go on. Give it a try.

Something to keep in mind: a key component to this particular dish is the acidity, so expect a little bit of pucker.

1. Add dried mushrooms to 4 1/4 cup water. Bring to a boil and simmer for 45 minutes. Strain and set aside liquid.

2. In a medium pot, combine beets, vegetables, and spices with the mushroom stock and 2 cups water. Bring to a boil. Reduce heat and simmer, uncovered, for 1 hour.

3. Strain and set the aromatics and vegetables aside for another use.*
Add beet acid and bring to a boil. Add sugar, salt, and black pepper to taste. Serve with mushroom dumplings.

*Puree leftover veggies and use them to thicken (add a little extra fiber) to your next soup.

1. Scrub, peel, and cut beets into thin slices. Place beets in a large jar with a slice of rye bread on top and pour in 6 cups boiling water.

2. Cover the jar with cheesecloth and leave in a warm place to ferment for 3-4 days.

3. Carefully remove any foam that develops on the surface of the liquid as it appears. Pour the finished juice into bottles. Juice will keep for a few months if stored in a cool place.

Note: Mix the remaining beet acid with an equal part of apple juice. It’s supposedly a super-health elixir that, among other things, can help lower blood pressure.