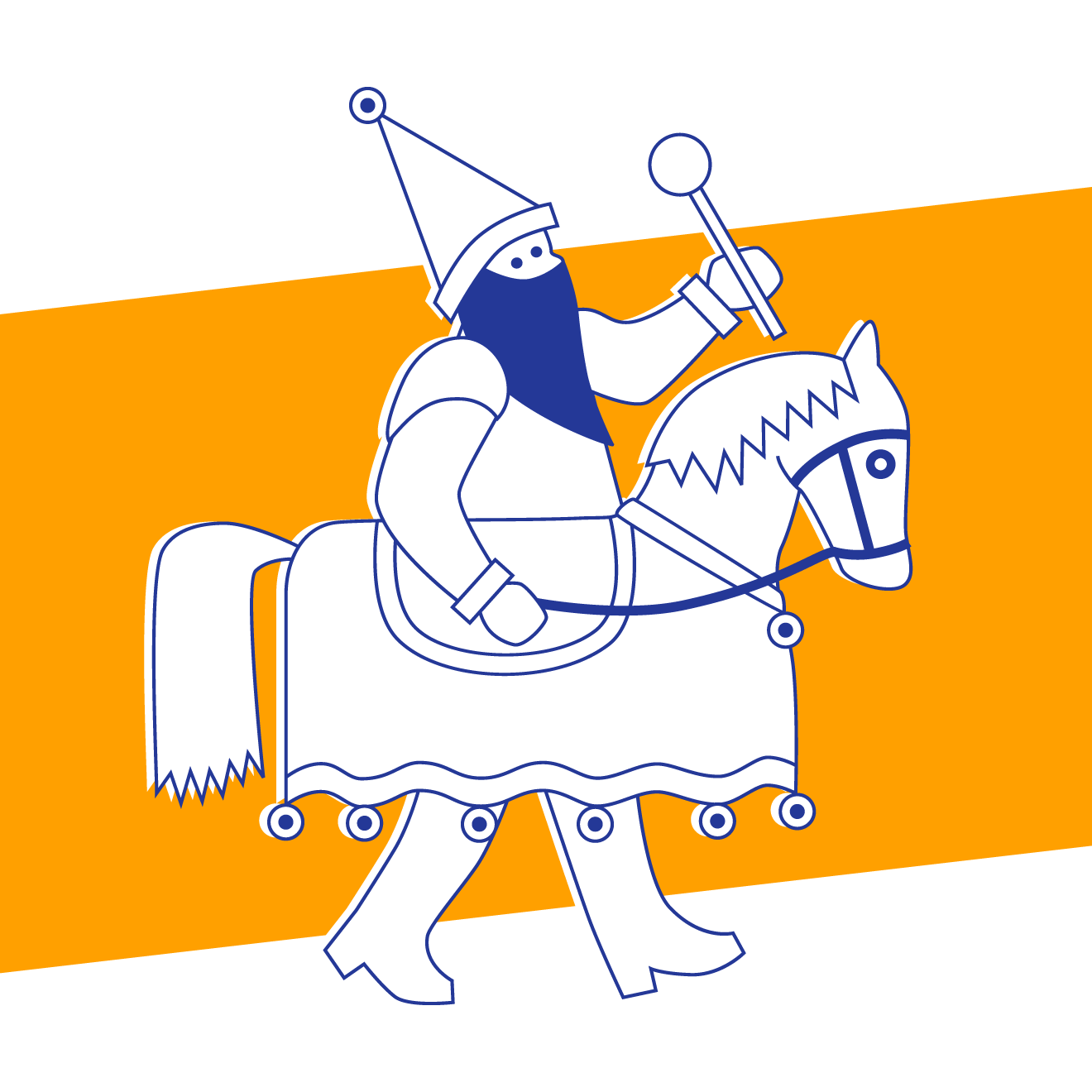 The old city of Kraków is rich with stories of enchanted pigeons and dragons with an appetite for pretty maidens. However, the prize for the most quirky and distinctive of tales has to go to the Lajkonik.

The Lajkonik, an unofficial symbol of Kraków, is a mysterious bearded figure who rides a wooden horse attached to his waist while dressed in colorful garb and a pointed hat.

The exact origin of this curious hero is unknown. Some say that he originated in pre-Christian times, when it was believed that the horse brought good luck and a rich harvest. Others say that when Kraków was attacked in the 13th century by the Mongolian Army led by a Tatar Khan, the citizens successfully fended off the attack, killed the leader, dressed up in the Khan’s clothing, and rode through the city in triumph.

Yet another version claims that the Tatars arrived at the city gates on a summer night in 1287, and having decided to attack the next morning, they camped along the nearby Vistula river. However, a group of raftsmen noticed their presence and bravely defeated them during the night. They then decided to play a joke on the people of Kraków by returning to the city and, once inside, dressing up like Tatars to scare folks into thinking that the gates had been breached. Their true identities were soon discovered, and the mayor of Kraków decided to reward their good deeds with an annual celebration filled with food and drinks.

Regardless of which story you choose to believe, the Lajkonik Festival has been celebrated on the Thursday after Corpus Christi for over 700 years. The focal point is a parade to the Main Market Square led by the Lajkonik. Accompanied by a procession of musicians and revelers in traditional folk dress, the Lajkonik dances his way through the city, touching spectators with his golden mace (said to bring good luck), collecting ransoms (usually in the form of alcohol and food), and resting at inns along the way.

At the end of the parade, he meets up with the city mayor and makes a toast to the well-being of Kraków and its inhabitants. Music and dancing continues into the night. Hurrah!