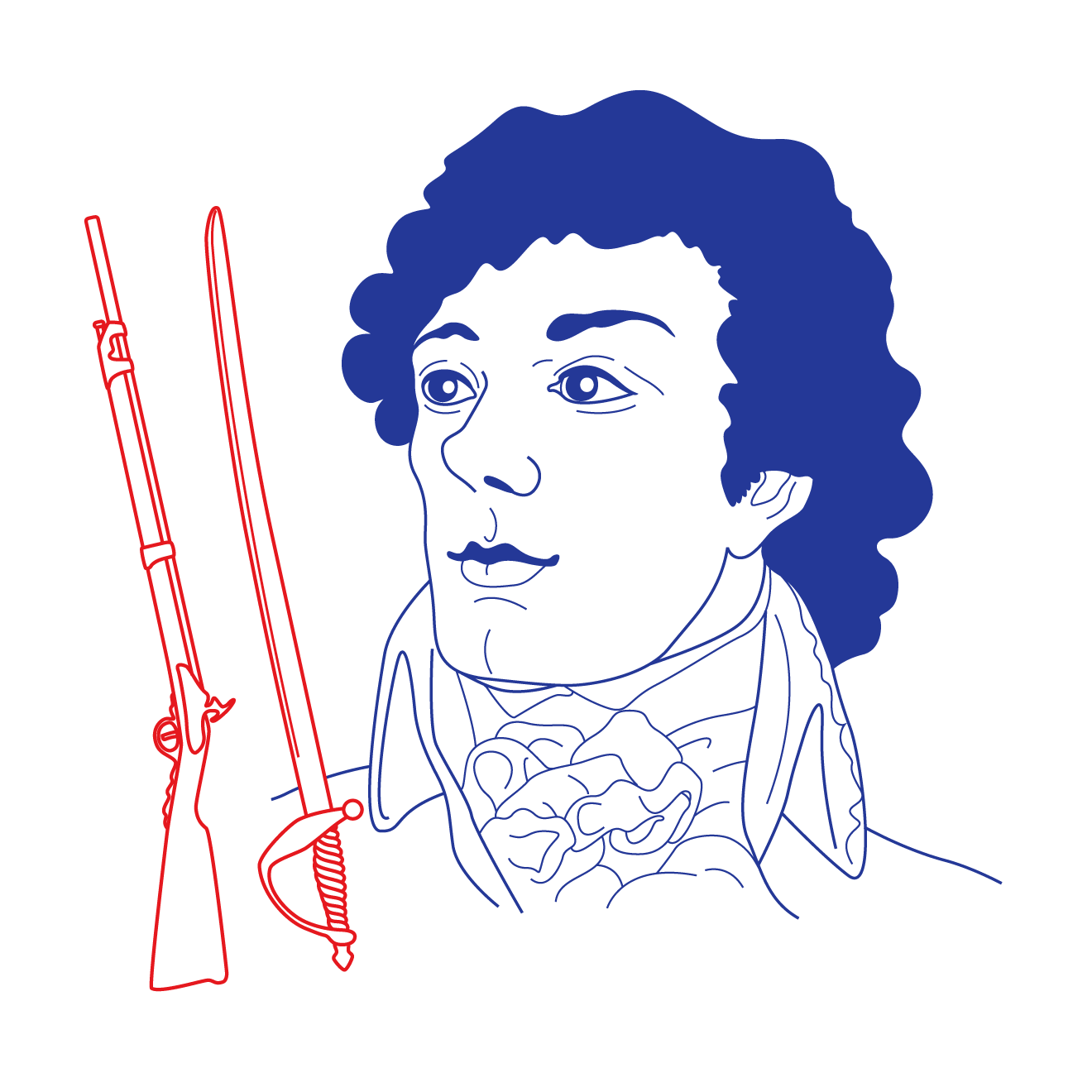 Andrzej Tadeusz Bonawentura Kościuszko (aka Thaddeus Kosciuszko) is arguably the most legendary figure in Polish history. There are countless bridges, streets, squares, and landmarks named after him – there are also more statues of him in the U.S. than any other historical figure – apart from George Washington of course. Yet few people know who he really was, or what he did to become such a celebrated figure in both his native Poland and the United States.

In short, he was a tremendously skilled engineer and military strategist who devoted his life to fighting for freedom. Not only did he lead a revolution for independence in Poland twice (once in 1792 and again in 1794), he also helped the colonies secure victory in the American Revolution in 1783. But the thing that sets Kościuszko apart from other war heroes was what motivated him to action. As a firm believer in equality, he stood up for the rights of European serfs, African slaves, Native American Indians, Jews, women, and all other groups that were somehow disenfranchised, poor, or oppressed. Case in point: in his will, Kościuszko asked Thomas Jefferson to use his estate to buy the freedom of black slaves and educate them.

Hence, as June, and with it Gay Pride Month, comes to a close – and with Independence Day just around the corner (the U.S. seriously owes him for this one) – we thought it wholly appropriate to feature Tadeusz Kościuszko as this month’s “Famous Pole.”

Andrzej Tadeusz Bonawentura Kościuszko was born on February 4, 1746, in the Polish province of Polesie. He enrolled in the Corps of Cadets in Warsaw before moving to Paris to study military engineering, artillery and political science.

In 1774, 28-year old Kościuszko returned to Poland and took a position as a tutor for a wealthy noble family. He quickly fell in love with one of his pupils, Ludwika Sosnowska, and convinced her to elope with him to the American colonies. However, due to his socially inferior position, this plan was thwarted and Ludwika was subsequently married off to a wealthy aristocrat while Kościuszko made his way to America, via Paris, alone.

American Revolutionary War: Shortly after arriving in Philadelphia in August of 1776, Kościuszko went to work with the Continental Army. By October, he was appointed Colonel of Engineers where he helped fortify defenses for key battles during the war – the most notable being The Battle of Saratoga where his work led to the first major victory for American independence and proved to be a major turning point in the war.

In 1778, Kościuszko was made chief engineer at West Point, New York. In August 1780, he transferred to the Southern Army, where he remained until the end of the war in 1783. Shortly thereafter, he was promoted to the rank of Brigadier General, received American citizenship, and a grant of land near present-day Columbus, Ohio.

In July 1784, Kościuszko returned to Poland and spent a few uneventful years managing his family’s estate before getting involved in the political scene of the Polish-Lithuanian Commonwealth. It was during this time that he demonstrated his ideology for equality by limiting the servitude of his peasants to two days a week and abolishing it entirely for the women.

By this time, the internal situation in Poland was in a state of perpetual turmoil. In a bid to win independence from the surrounding European powers, Kościuszko joined the army and successfully commanded his forces until the King surrendered to Russian forces. He fled to Dresden, and then to Leipzig, where he prepared an uprising against Russian rule in Poland.

On March 24, 1794, Kościuszko returned to Kraków and assumed the post of Commander in Chief. He fought several battles in what became known as the Kościuszko Uprising until getting wounded and taken prisoner by the Russians.

In 1796, Kościuszko was pardoned and released. He returned to America for a year where he wrote a last will, naming Thomas Jefferson, a close friend, as executor. In it, he asked that all his property and money be used to buy the freedom of black slaves, including Jefferson’s, to educate them and provide them with enough land to support themselves.

After returning to Europe, Kościuszko remained politically active until his death in 1817. He died at the age of 72 from typhoid fever. Two years earlier, he had emancipated all of his serfs.

Kościuszko currently lies in a crypt at Wawel Castle in Kraków, alongside Polish kings and other national heroes. There are countless places, monuments, and streets around the world named after him – including the Kościuszko Mound in Kraków, Mount Kościuszko in Australia, and two Kościuszko Bridges in New York State.

Nevertheless, the majority don’t know how to properly pronounce his name (it’s probably one of the most butchered things ever). So we’re going to try and help you out – kohsh-CHOOSH-koh. Still unsure? Go here to hear it straight from the mouth of a Pole.