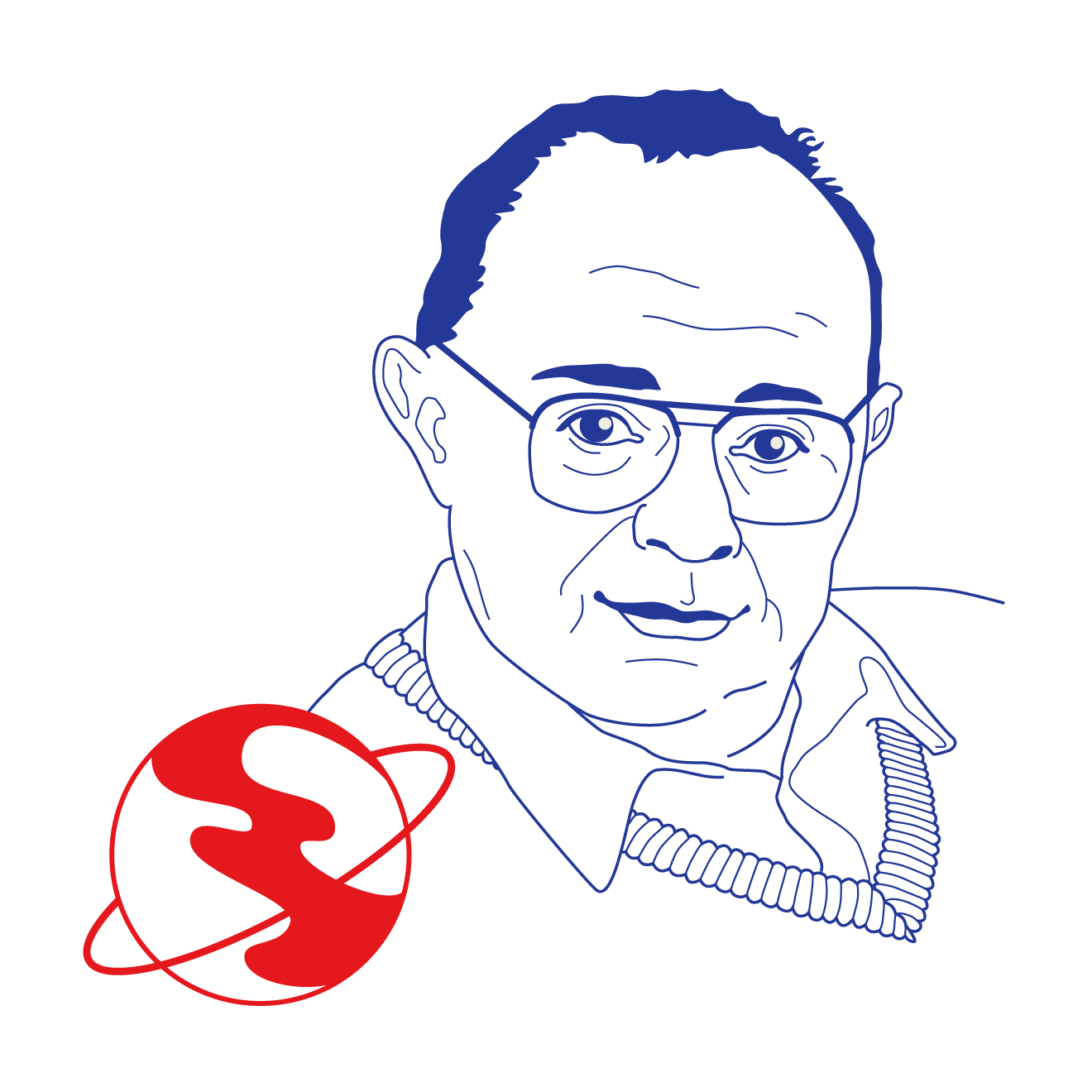 Stanisław Lem was a Polish writer, journalist, theoretician, and literary critic whose popular works are among the most respected and well-known within the science fiction genre. He approached science fiction as a vehicle for exploring philosophical concepts – and his works, often written in a satirical tone, featured such themes as the nature of intelligence, the relationship between technology and mankind, and our place within the universe.

So in light of all the space / moon / sun phenomenon occurring in recent weeks, we thought it more than appropriate to feature Stanisław Lem as next up in our series of “Famous Poles.”

And in case you aren’t quite sure what galactic phenomenon we’re referring to – here’s a quick rundown: solar flares, the super moon, annular eclipse, a possible new planet, and the launch of SpaceX. Extra icing on the cake? We still have the Transit of Venus to look forward to – a super rare event in which Venus crosses the sun’s disc as seen from our vantage point. It’s a two-day event, slated to occur from June 5-6, so mark your calendars because the next one won’t happen for another 105 years!

Now, without any more digressions, here’s a little insight into the life of a man way ahead of his time – one who forecasted the age of information, the Internet, virtual reality, genetic engineering, nano-tech warfare, eBooks, and even The Sims computer game.

Stanisław Lem was born on September 21, 1921, in Lwów, Poland, to a family of a wealthy laryngologist. In 1940 the Soviet troops invaded the city and Lem, who had planned on studying at the Polytechnic University, was not accepted on the grounds that he was of the “wrong social class” (i.e. bourgeois). It was only after his father made use of his connections that Lem, somewhat reluctantly, started studying medicine at Lwów University.

After the occupation of Lwów by Nazi forces in 1942, Lem put his studies on hold, and started working as a mechanic and welder. He became an active member of the resistance movement and managed to skirt by with false papers that concealed his Jewish ancestry. Four years later, when Lwów was overtaken by the Soviet army and annexed into the Soviet Ukraine, Lem and his family were forced to repatriate to Kraków.

Lem continued his medical studies at Jagiellonian University in Kraków. But because his family lost nearly all of their property during the war, Lem also worked two jobs – the first as a scientific research assistant and the second, writing poems and short stories for various magazine publications. However once he completed his medical studies, Lem intentionally failed the final exams to avoid being drafted as a military doctor.

Instead, Lem maintained his job as a research assistant, and continued to pursue writing. By 1951, Lem’s first science fiction novel “Astronauci” (“The Astronauts”) was published and he began writing full-time. He married radiologist Barbara Lesniak in 1953, and became truly productive with his writing after 1956 – when the de Stanlinzation period led to an increase in freedom of speech in Poland.

Over the next few decades, Lem remained extremely prolific – penning 17 books between 1956 and 1968. Novels such as “The Star Diaries”, “The Cyberiad”, and “Solaris” brought him major international fame and his works have been translated into 41 languages and sold over 27 million copies worldwide.

Most recently on November 23, 2011, Google released one of their best ever, totally rad interactive doodles celebrating the 60th anniversary of Lem’s first book publication – “Astronauci” (“The Astronauts”). Check it out here.