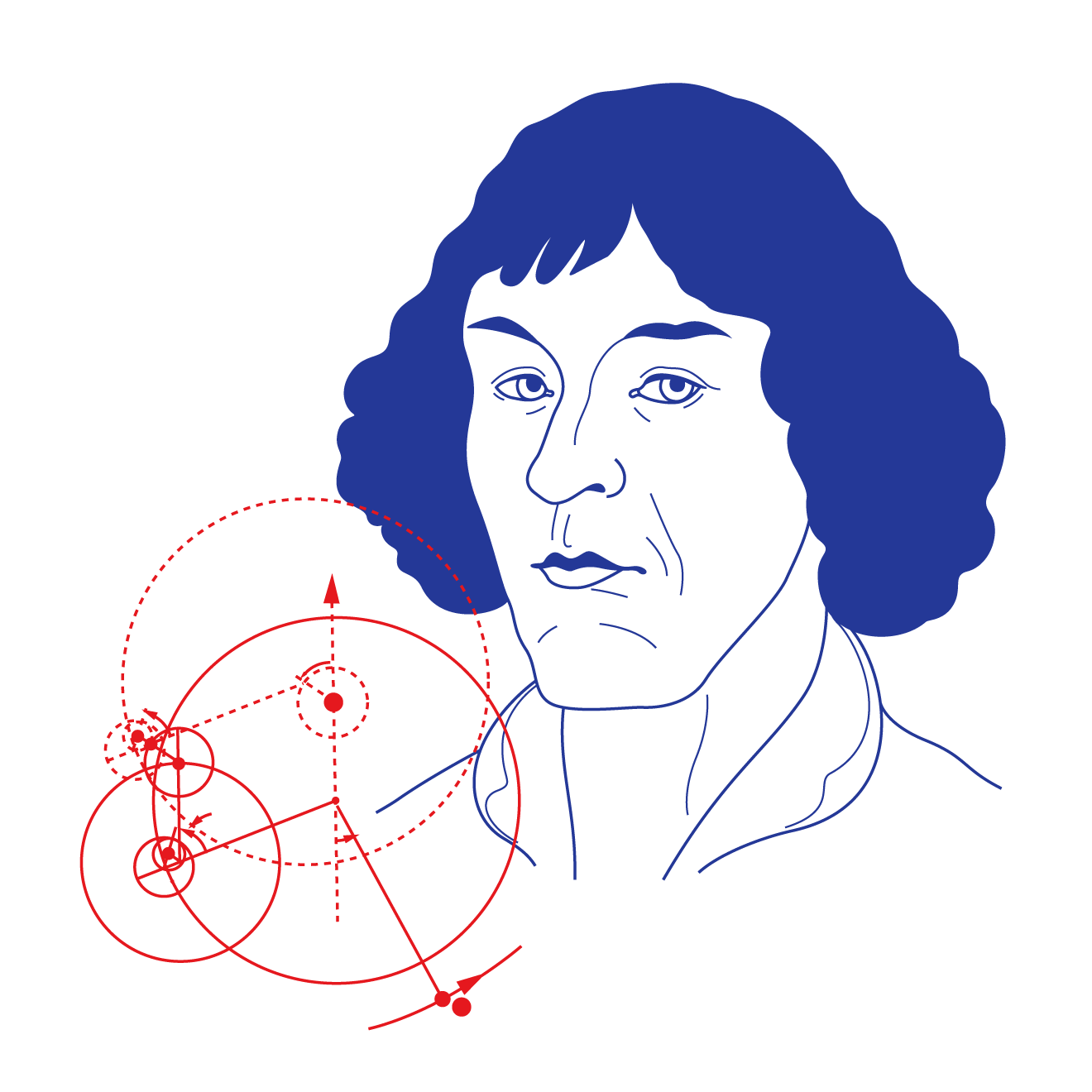 Mikołaj Kopernik, better known as Nicholas Copernicus, was a Polish astronomer and mathematician who paved the way for modern astronomy. He was the first to formulate, in full mathematical detail, the idea of a heliocentric solar system – a sun centered model in which the planets rotate around the Sun – and also that the Earth, besides orbiting the Sun annually, also turns once daily on its own axis.

What’s more, though astronomy was Copernicus’ claim to fame, his expertise spanned a significant number of different subjects. He held a doctorate in law, was a practicing physician, Catholic cleric, governor, diplomat, and economist, and spoke four languages. Oh, and for relaxation, he painted and translated Greek poetry into Latin (which – with a resume like that – probably provided some much needed relief).

So to celebrate the new year (and help give us some perspective on our own resolutions), here’s a brief look into the life of Nicholas Copernicus – the first in our series of “Famous People You Didn’t Know Were Polish” for the year 2012.

Born February 19, 1473 in Toruń, Poland from a well-to-do merchant family, Mikołaj Kopernik was the youngest of four children. After his father’s death 10 years later, his uncle encouraged him to go to school and helped pay for his education.

Between 1491 and about 1494, Copernicus studied liberal arts at the University of Krakow. He left before completing his degree, and moved to Italy to be near his uncle, who had just been appointed the bishop of Warmia. There, while studying canon law at University of Bologna, he met a famous astronomer who took him on as a disciple. Copernicus remained in Italy for several years.

Upon completion of his studies, Copernicus worked as a church canon – collecting rent, securing military defenses, overseeing finances, managing the bakery and brewery, and caring for the medical needs of other canons and his uncle – and all astronomical work took place in his spare time. Over the years, his fame began to grow and the king of Poland invited him to discuss his theories with him.

However, out of fear that his ideas might get him in trouble the the church, Copernicus kept much of his work secret and delayed publication of his findings. As a result, De revolutionizes orbitm coelestium libri vi (“Six Books Concerning the Revolutions of the Heavenly Orbs“), the book that contained the final version of his theory, did not appear in print until the year of his death in 1543.

In 2009, the newest discovered Element 112 (aka “Copernicum”) was named after the late astronomer.