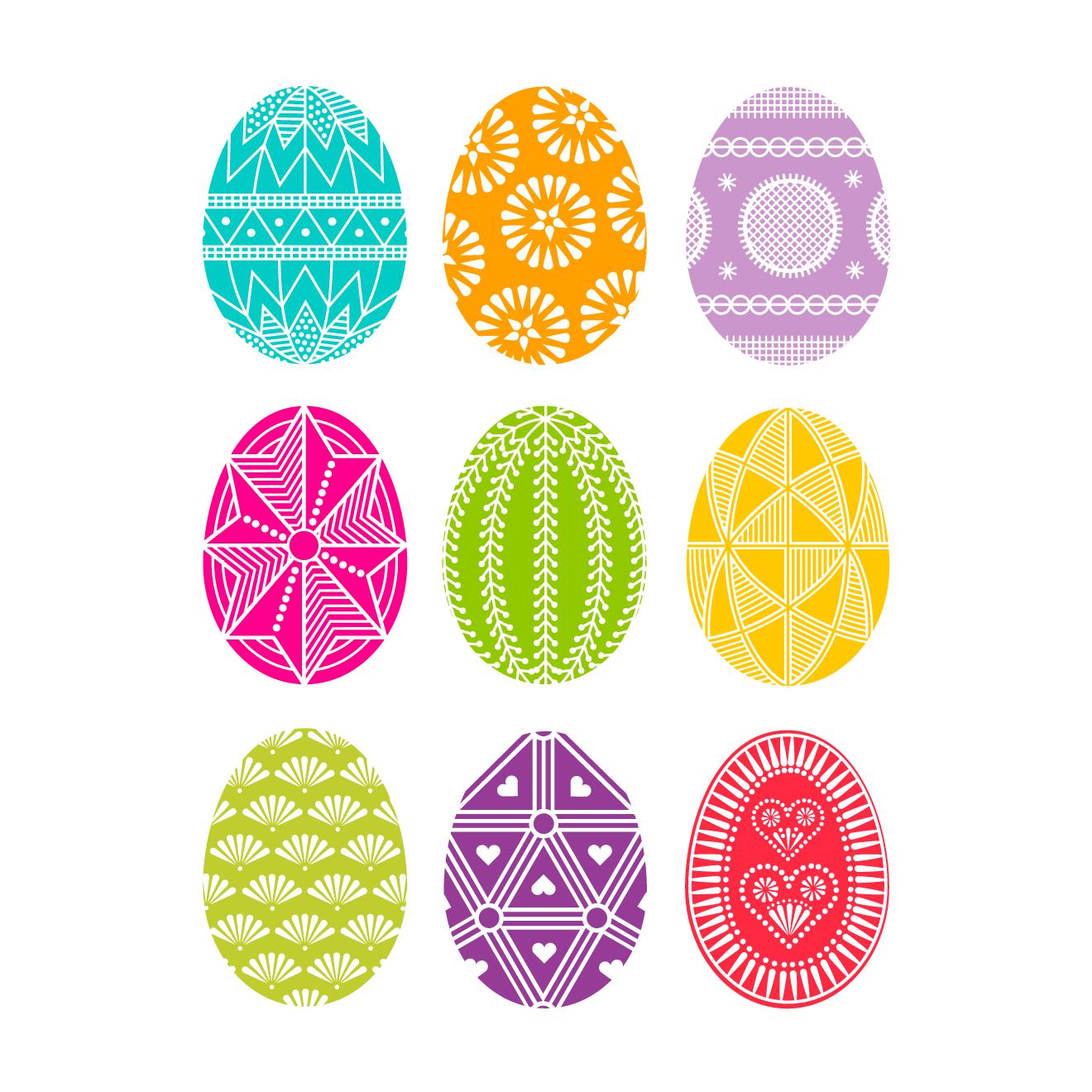 Egg decorating originates from an ancient pagan tradition when eggs, a symbol of life and the rebirth of the earth, were decorated with symbols of nature as an integral part of spring rituals. These egg talismans were believed to be endowed with magical properties that ensured both a bountiful harvest and good health. However with the advent of Christianity, the symbol of the egg began to be associated with the Resurrection and in turn, Easter.

The pisanka (plural pisanki), is the common polish name for an egg that has been decorated using various techniques. However the name, pisanka (which comes from the verb pisać, meaning “to write”), specifically refers to an egg created using a batik-resist method in which melted beeswax is drawn onto a raw egg using a pipe-like stylus called a kistka. The egg is then submerged in dye, then the wax is removed to reveal the design underneath. This process can be repeated multiple times to create more intricate designs.

These days, the practice of dyeing and decorating Easter eggs is still very much alive in Poland, and in addition to the wax batik method, there are many other types of egg decorating techniques that are widely-used during the Easter season:

Nalepianki are hollowed-out eggs decorated with colored paper or straw

Malowanki are eggs that have been hand-painted

By far, the easiest, tastiest, and most versatile type is the Kraszanki. You can then scratch designs into the dyed eggs to make Drapanki, or use simple resist techniques for a pisanki-like effect. Some suggestions: create stripes by strategically placing tape around the egg, dyeing it, and removing the tape; for a more personalized touch, use waterproof vinyl adhesives and stencils to create custom shapes and apply it to the egg; or for a Pollack-esque twist, drizzle some rubber cement or wax onto the egg in a swirly pattern before dyeing.

1. If using resists prior to dyeing, decorate egg as desired.

2. In a large pot bring onion skins, vinegar, salt, and water to a boil. Carefully lower eggs into the pot and let simmer for 10-15 minutes.

3. Remove pot from heat and allow eggs to cool in the dye mixture. Remove cooled eggs and polish with bacon fat or shortening if you want to make them nice and shiny.

Kraszanki can be made with other plant-based materials. Try red cabbage for blue, beets for pink, turmeric for yellow, spinach for green, or grape juice for lavender. Happy crafting (and subsequent eating)!

Until the 12th century, the Catholic church forbade the consumption of eggs during Easter in an attempt to distance itself from the use of the holy egg in pagan rituals.