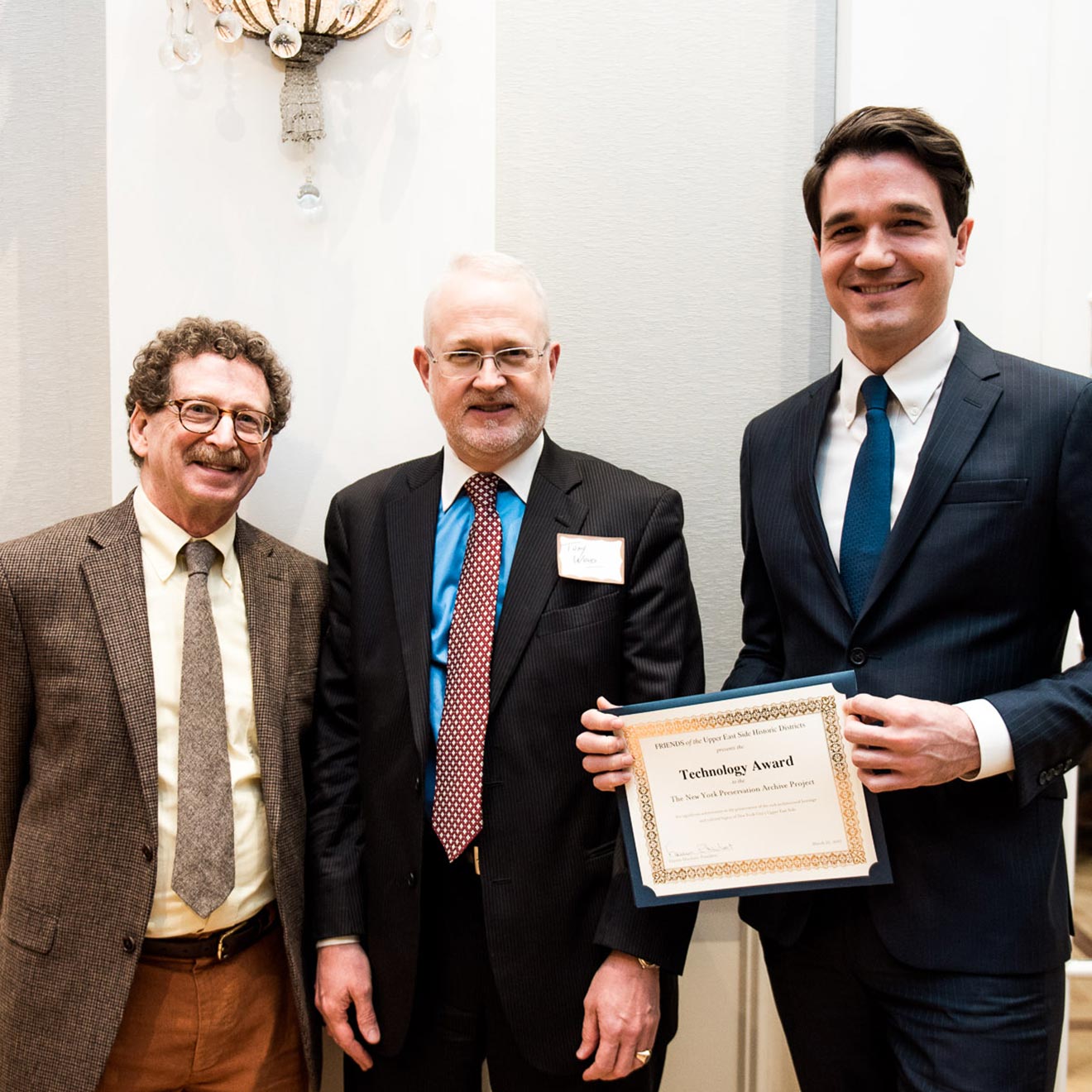 Friends of the Upper East Side Historic Districts recognizes NYPAP.org

The New York Preservation Archive Project was founded in 1998 because insufficient effort was being devoted to preserving preservation’s own history. Memories were frequently lost, lessons from campaign victories and defeats were quickly being forgotten, and personal papers and organizational documents often ended up in dumpsters. To reverse this tide of loss, capture this endangered history, and put it to use, the Archive Project embarked on a variety of strategies, all of which our organization continues to pursue today. Nearly two decades later the organization has grown to become one of the premier preservation not-for-profits in New York City, and the go-to source of all things related to preservation history.